I wrote a long entry on Monday about meeting Zille and Malc, and my (lack of) social energy during the shoot, but I wrote it late at night and decided to sit on it a bit before posting. Now it's two days later and I don't want to publish two mopey posts about the shoot in a row, but I've had no time to write anything else. My internet at home only started working again last night, and between festive preparations, shopping trips that are always more time-consuming and physically exhausting than you allow for, and the hectic push to get work projects finished by new year ... I'm going to get it all done, just, but it's been pretty crazy.

Although outwardly the last week and a half have been pretty vanilla, spanking is never far from my mind. In fact, in some ways this week has been pretty kink-heavy. Let's see...

1. I haven't yet seen any of the images from the shoot with Zille, but I sneaked some photos of my bum in the work loos, as is my wont. I realise I haven't actually told you anything about the scenes we played yet, but here are my marks three days later:

I still intend to write about those scenes, btw. I just have to get the more recent stuff out of my head first...

2. On Monday, Zoe Montana and I had booked what would probably be our last two-to-one session together before she moves to Australia in early January. We were both looking forward to it, but at the last minute she had to cancel, having come down with the same fluey stomach bug that everyone's caught lately. She's feeling better now, and we've managed to reschedule our session to the 29th, which I honestly wasn't expecting at this late notice. I understand it will involve black hold ups, heels, and the cane. And possibly wine. As I write this I'm idly wondering whether cheekily wearing a Santa hat will earn me extra strokes.

3. We won't be able to play too hard, however, because the next morning Zoe and I are shooting for my new site. I wasn't expecting that, either, but all power to her for squeezing it in - we've got the day, booked the venue, and Michael Stamp is kindly stepping in to help with cameras and lighting. The star of the show, though, will be young Jimmy Holloway; this is will be his first video shoot. I couldn't think of a better top than Zoe to guide him through his first spanking on camera. I'll be getting punished alongside him, because I have an abiding fondness for scenes where boys and girls get spanked together, and they're all too rare in porn. Since our photoshoot in February he's done the odd M/m session as a spankee, which has given him valuable experience, but I suspect this is going to a be a different kind of thing.

This time I intend to have lots of fun, make sure everyone else is having fun, and not get too stressed. I'll let you know how that goes. ;)

4. Oh, and I've also been commissioned to do a couple of short film clips by a reader of this blog, so I've been working on that this week as well. Eventually, the intention is for these to be published on my new site as well. This is the first time I've done custom video - it's very different from producing my own material. It's a bit of a departure from the rest of the stuff I'm producing, but variety is the spice of life, and all that. Anyway, it's an interesting experiment. If the client is happy and everyone involved has fun, I'll consider doing it again.

5. Last Thursday I had the pleasure of meeting @rogerwilcox and his partner - albeit far too briefly, thanks to my crammed schedule. He gave me a handcrafted Christmas gift, which is just so generous - I am extremely appreciative :) I'm leaving it wrapped until the 25th, but can you guess what it is...?

6. On Sunday I finally - after many months of procrastination, DVDs getting lost in the post (and my flat), and life getting in the way - watched the edit of Acquiescence that Michael Stamp sent me some time ago. There's backstory here: after two days of hardcore editing, by the end of which we were both pretty pleased we'd got the structure we wanted for the story, he suffered a software failure. The file got corrupted, and our hard work was lost. Michael, bless him, spent ages recreating the edit from memory, and as I didn't have time to travel back down to go over it with him, popped it in the post to get my feedback. He really shouldn't have had to wait as long as he did (and I daresay I will come to regret it next time we meet up!) but re-watching it reminded me how invested I am in this film, and how much I want to get it right so I can show it to people.

(As it turns out, the only sensible thing for me to do is travel down again in January to help out with the final stage. Man, film-making around a fulltime job is a slow, slow hobby. I wish I could do it full time ... but I'm working on that. And then I daresay I'll miss doing everything else. I am not designed by nature to only do one thing at a time.)

7. The last sections of Strictly Come Spanking have been released! I'm saving them to watch after I finish work tonight, but voting on the finalists ends tonight, so if you haven't downloaded them yet, go and do that now. And then vote, because that will make the lovely people at Northern happy :)

8. Speaking of voting, some kind soul (I don't know who, as I can't find the comment) has nominated me for the Spanking Spot's Spanking Blog of the Year award. I don't realistically stand a chance against such internet superstars as Chross and Pixie, and I don't think I deserve to win after how erratic my posting has been lately. But you should vote - even if it's not for me. :)

9. It's been snowing in London, but I've learned my lesson and haven't attempted any more naked snowy photoshoots. In fact, come to think of it I haven't been spanked since the cold snap landed (although if Tom's and my thoughts were deeds, I'd have been over his lap a dozen times in the last few days. Instead we have been making kinky eyes at one another in company, and then crashing in a tired heap as soon as we're alone. Ah well).

Luckily, I can live vicariously through Emma Jane, who endures all sorts of things so I don't have to. Like a punishment spanking in the snow, in front of a crowd of friends, which started with HH rubbing snow into her bottom before smacking her. *shiver* I am extremely glad that wasn't me. But I don't mind sadistically enjoying the image from afar... 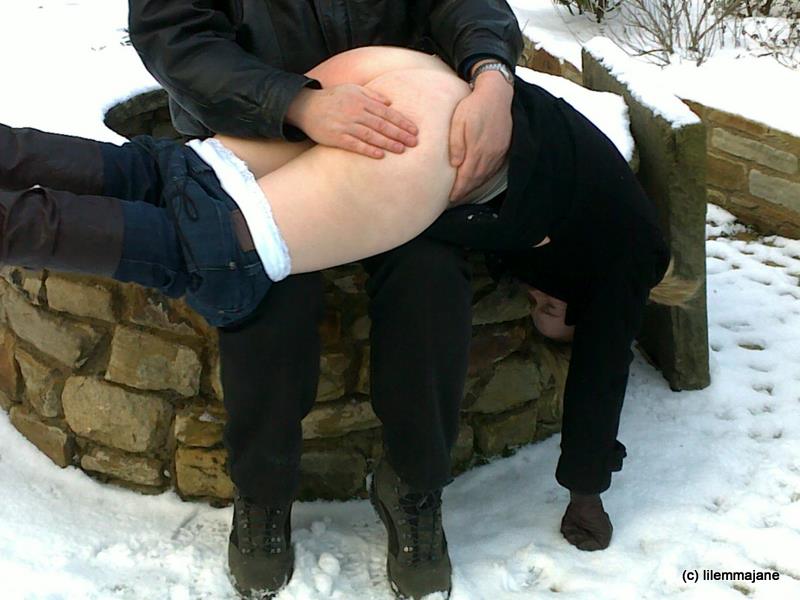 Posted by buy zithromax pfizer at 04:45 on 22 Feb 2021
zithomax [url=https://zithromaxes.com/]where can you buy zithromax[/url] zithromax tablets