A victory for sexual freedom

If you've not been following, here's a quick roundup to bring you up to date.

ObscenityLawyer: Obscenity Trial of the Decade

Post-Modern Sleaze: The law is an ass

Consider this scenario for a few moments:

Eight fit young men, all 18 years of age. A venue with seats for spectators.

The young men engage in a physical activity in pairs, they are stripped almost naked save for a pair of trunks and a singlet. There is sweat, blood and tears. Some of the young men are hurt and one is permanently scarred.

Would you watch this? Participate?

I describe a boxing tournament held in 1973.

But the notions that led to this trial even happening are part of a line of thinking that is all too pervasive when it comes to sex. The sexualisation debate for example is entirely built on the erroneous assumption that if suggestive material wasn't available, young people would never become curious about sex. The idea that sex (and especially sex where commerce is involved) is unique, and uniquely corrupting, is an unfortunate leitmotif in public discourse. [...]

The history of pornography is littered with such divides between who is corruptible and who is not. Private galleries of Pompeiian icons of Priapus and his giant penis were once fine for men of a certain class, but not suitable to be seen by the general adult public.

Obscenity law posits that boundaries of decency must be drawn somewhere. Obscenity is culturally relative. It is about moral judgment. It has to be in order to protect the moral fibre of the society it is serving. It just so happens that this frequently means castigating sexual subcultures by labelling their activities as debased, often with little attempt to understand practices which are outside the average person's experience. [...]

In its bid to establish moral standards, Obscenity law robs us of agency. And it tells us that we are depraved merely because we have thoughts about the acts designated as depraved; thoughts other than revulsion.

Does obscenity law even have any place in 21st century English law then? Should it perhaps not be abolished, as blasphemy law was in 2008, and treated as a similar cultural and legal anachronism? Surely yes.

Nichi Hodgson: It's time to abolish the obscenity law

The OPA [Obscene Publications Act] has become an anachronism in the internet age. While previous cases speaks in terms of pornography being covertly accessed by men in "rugby clubs" and at stag parties; now it is readily available to people of all genders, orientations and social classes. Hence this jury's verdict - in the first contested obscenity trial in the digital age - which seems to suggest "normal" members of the public accept that consensual adult pornography is an unremarkable facet of daily life.

Myles Jackman: Obscenity trial: the law is not suitable for a digital age 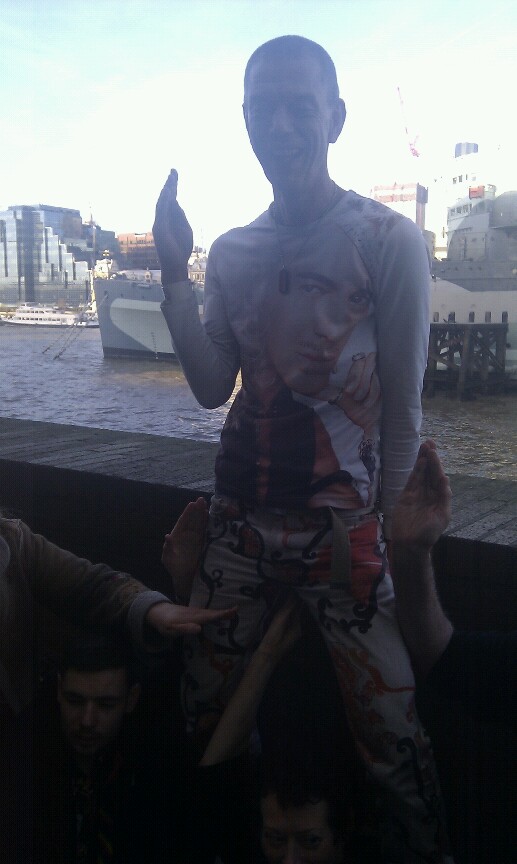 The defendant, Michael Peacock, gives the verdict a five-fingered salute.