This is a game-changing, world-changing, life-changing event and it's still only in its second year. I am so glad I was able to go. The conference gave me more things to think about - and more creative and business ideas - than I know what to do with. I am incredibly grateful to everyone who made me feel welcome. I will definitely go back next year. 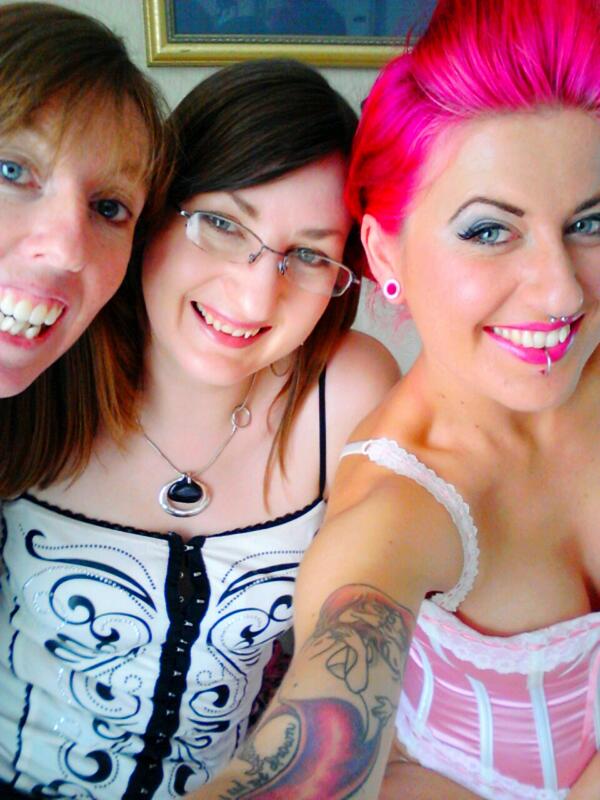 Thanks to my conference roommate Chris, I also got to sit down and have brunch with my heroes Jiz Lee and Shine Louise Houston. Shine has influenced so much of my thinking about inclusivity, consent and ethical production and continues to be an inspiration. When you're meeting people you admire so much for the first time it's easy to feel like an awkward fan, but both she and Jiz are so friendly and down-to-earth that it was a pleasure. We hung out and talked shop, and I came away with some exciting thoughts about submitting Dreams of Spanking films to PinkLabel.tv. It was amazing to meet so many people whose work I have followed for years - such as Jennifer Lyon Bell, Maggie Mayhem (such a shame we never got to shoot. Next time!), Madison Young (whose story about "non-sharing toys" is now a personal favourite), Wolf Hudson (another porn crush!), Dylan Ryan, Courtney Trouble, and to make contact with exciting new (to me!) faces like Carlyle Jansen, Siouxsie Q James, Cheyenne Picardo, AnnaBelle Lee, Mara Dyne, the Cherry Stems ladies, Tobi Hill-Meyer, Sarah Stevens, Carey Gray and many more. I'm especially grateful to Lisa Duggan for taking the time at the conference afterparty to reach out and express her explicit solidarity and support. 376 likes
Reply | Link
Posted by Jon Pressick at 09:25 on 23 Apr 2014
It was a pleasure to meet you during the events and thank you for sharing your experiences in this post!

Posted by Glamour London at 10:03 on 21 Mar 2017
Hello!
I work at one of the UK's TOP Glamour photography studio's (UK Glamour) and in turn, have been lucky enough to do shoots with top glamour magazines such as PlayBoy (multiple times!)

I was very excited when I came across your website and I love how you have managed to portray sexuality and the human body through your photographic art. I look forward to seeing more of your work, if you are interested in viewing mine feel free to visit my homepage linked above.

Amongst the photography which you have displayed here are some imaged which display the fetish and discipline culture, something which I have always been very interested in (whilst I may be quite old fashioned personally!)

If instead of viewing my gallery you would prefer to read my blog, focused on escort and glamour photography in London; feel free to check out my word-press site: https://glamourlondonphotography.wordpress.com/2017/02/28/capturing-the-essence-of-uk-glamour/