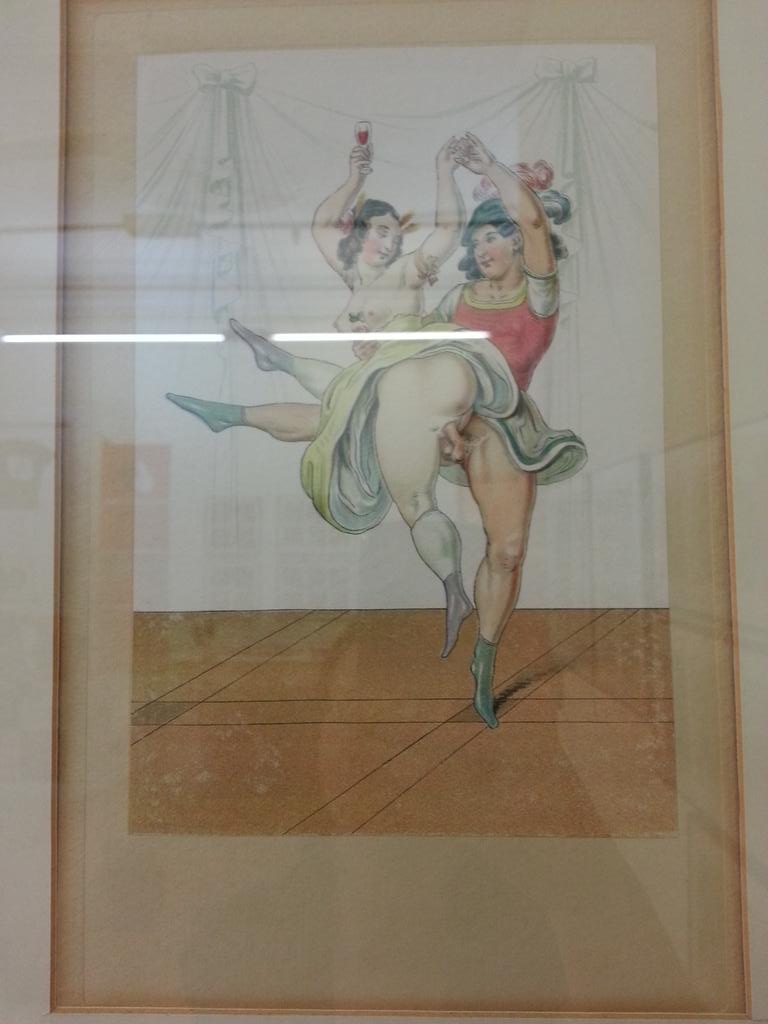 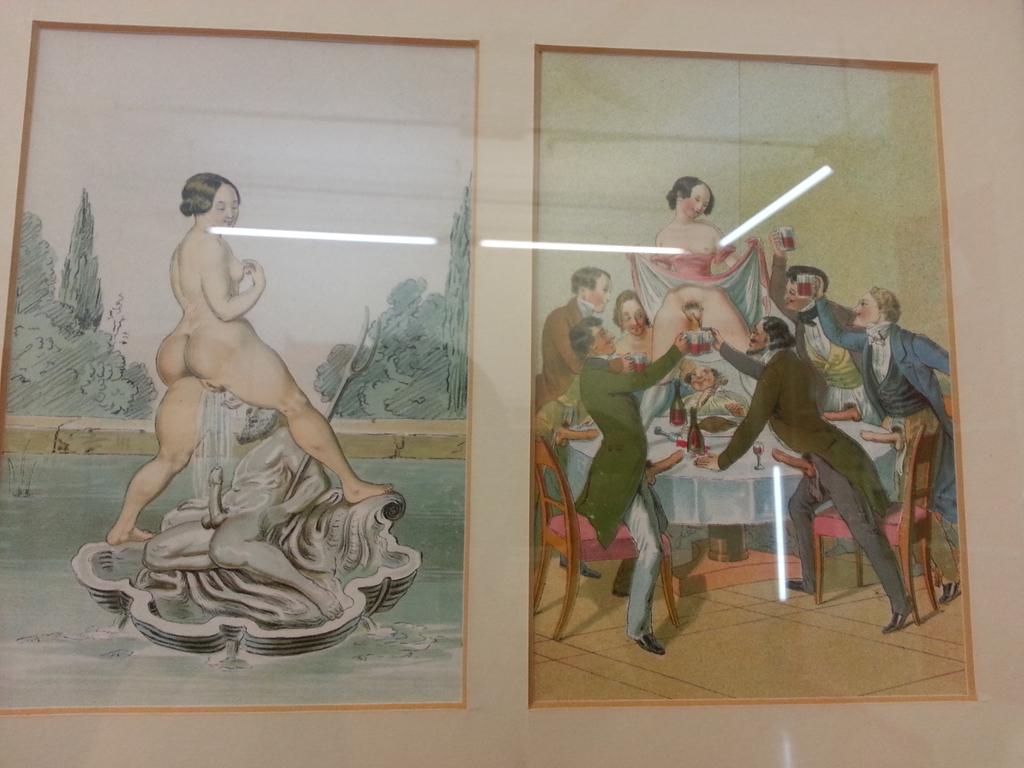 ATVOD take note: watersports isn't new. Fantasies of public urination and drinking fresh piss have clearly been around for hundreds of years at least. Actually I suspect watersports has been around pretty much forever, or at least as long as humans have pissed in private - and I suspect it'll stay with us as long as we have social taboos around urination. Unlike other fetishes, wee isn't something you only find in some cultures. Humans always do it, and it's always associated with our sex organs. So the UK government are definitely fighting a losing battle with their recent ruling that photos or films depicting someone urinating on another person, or urine being consumed, are 'obscene' and can't legally be published. Watersports has been around forever, and despite ATVOD's efforts I guarantee that it isn't going anywhere any time soon.

So this next image doesn't stand alone: it fits into a context of grotesque cartoons and ornaments. Still, it took me a couple of long moments before I realised what I was seeing: 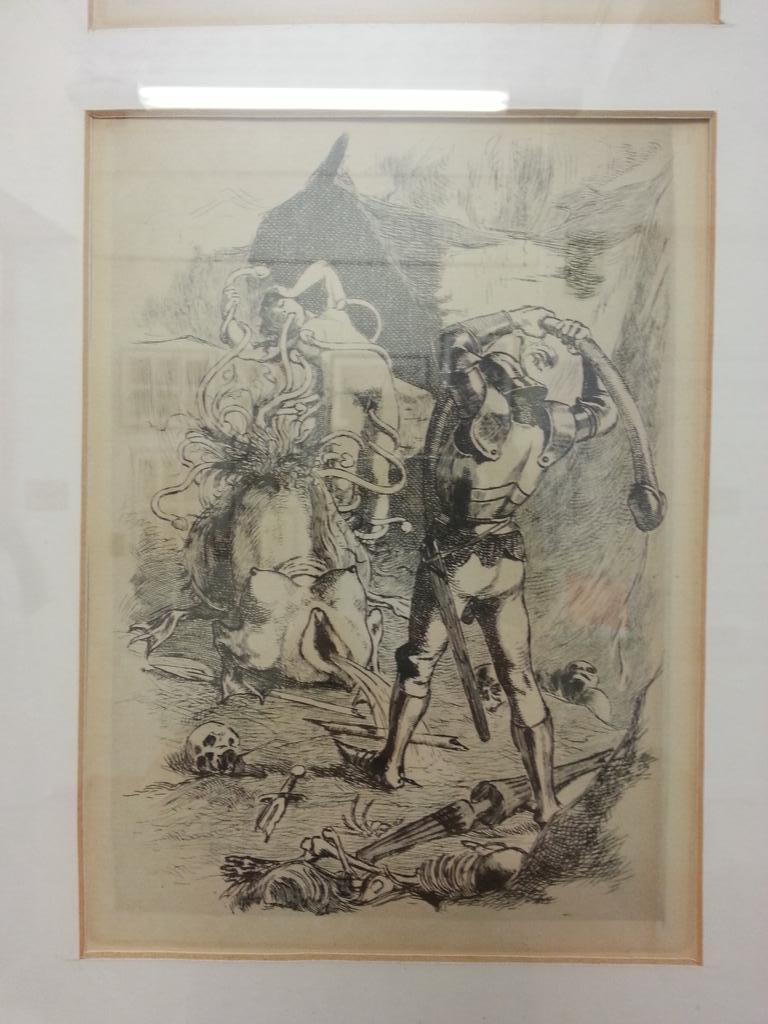 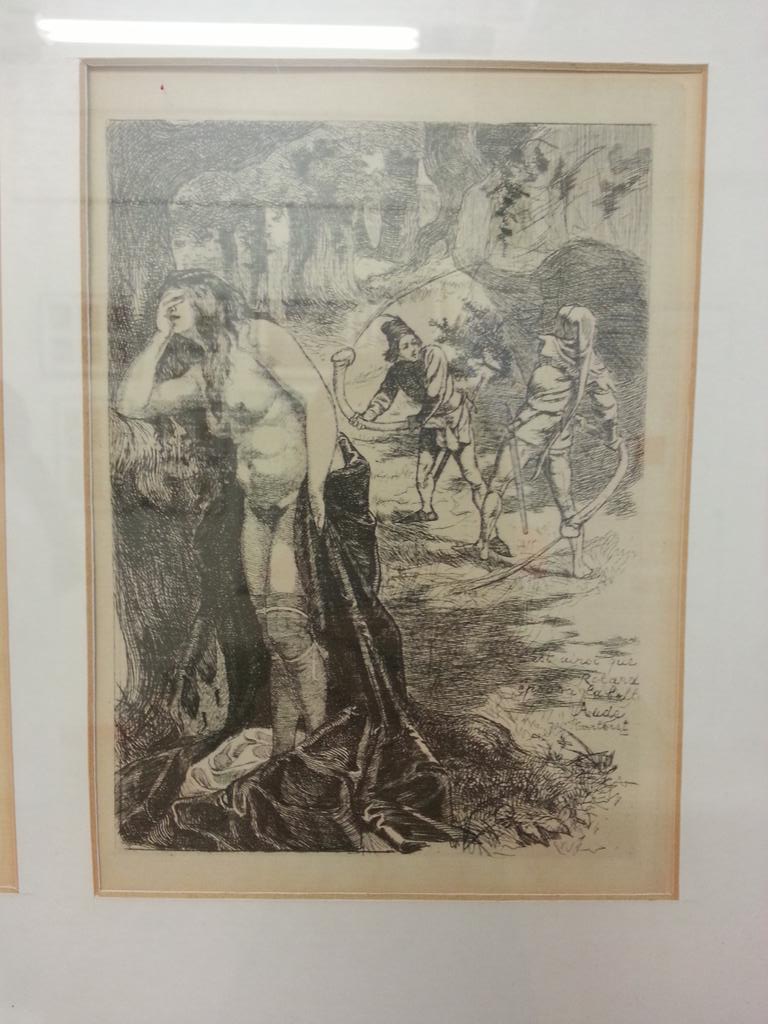 This is my favourite though. It's a woman facepalming while two men literally have a cock slinging contest behind her. I empathise, lady, I really do.