The British Fetish Film Festival is still brand new. The first event, in 2013, was a closed group of producers only, testing the format and giving kinky UK filmmakers the chance to screen their work in front of their peers. This was actually the first film festival I ever went to, and it was invaluable to see how fetish films play on the big screen.

Lovely afternoon with other kinky pornographers at @britfetfilmfest. I think we really are all as shy, quiet and introverted as each other!

Last year was the first official British Fetish Film Festival; open to the public but not heavily promoted, as the organisers wanted to test the waters at their chosen venue and not attract too much attention. The festival is run by Hywel Phillips and Ariel Anderssen, the couple who run glamour bondage site Restrained Elegance and Silk Soles. The 2015 event was relaxed and low-key, with a small, sympathetic audience composed of fetish filmmakers and enthusiasts. I got to see films from some producers I already knew well, and some I'd never heard of. I also was pleased to see that many of us who had been to the zeroth event had made a conscious effort to raise our game and produce more cinematic films with higher production values. I screened Instructed, my feminist porn award-winning collaboration with Ms Naughty, which was the naughtiest film on offer by far.

As well as the film screenings, there was also a discussion on ATVOD and UK porn censorship; I only had just received my first letter from ATVOD notifying me that they were investigating my site Dreams of Spanking. I was also fascinated to attend the filmmaking workshop run by Hywel Phillips on how to light and shoot cinematic short films, during which we all collaborated on making a fetish film, which was a really fun exercise. Thanks to some super-quick editing by their assistant Pippa, a rough edit of our film was even available to watch before we went home, and I think we were all surprised and pleased by how well it came out. 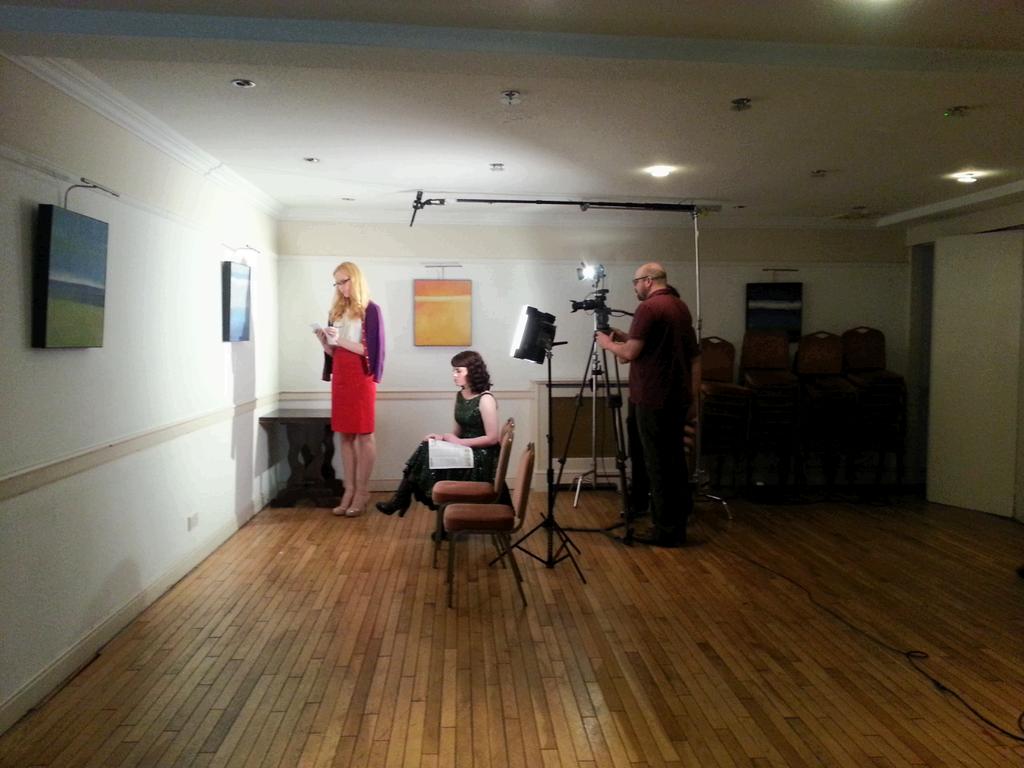 This year, Hywel and Ariel organisers are hoping that more UK filmmakers will submit work, and more people will attend. I'm going to be there, along with my partner D, and I've submitted Houseboy, so if you haven't seen it yet and would like to, now's your chance. The 2016 festival is taking place on Sat 26 and Sun 27 February in Welshpool. There'll be another hands-on filmmaking weekend, film screenings and discussion, and I've even heard hints that obscenity law expert Myles Jackman will be in attendance.

If you make kinky videos to sell online, you should definitely consider submitting your work to make sure your genre is represented. Follow the @britfetfilmfest twitter account to stay updated - and if you can attend in person, I look forward to seeing you there!