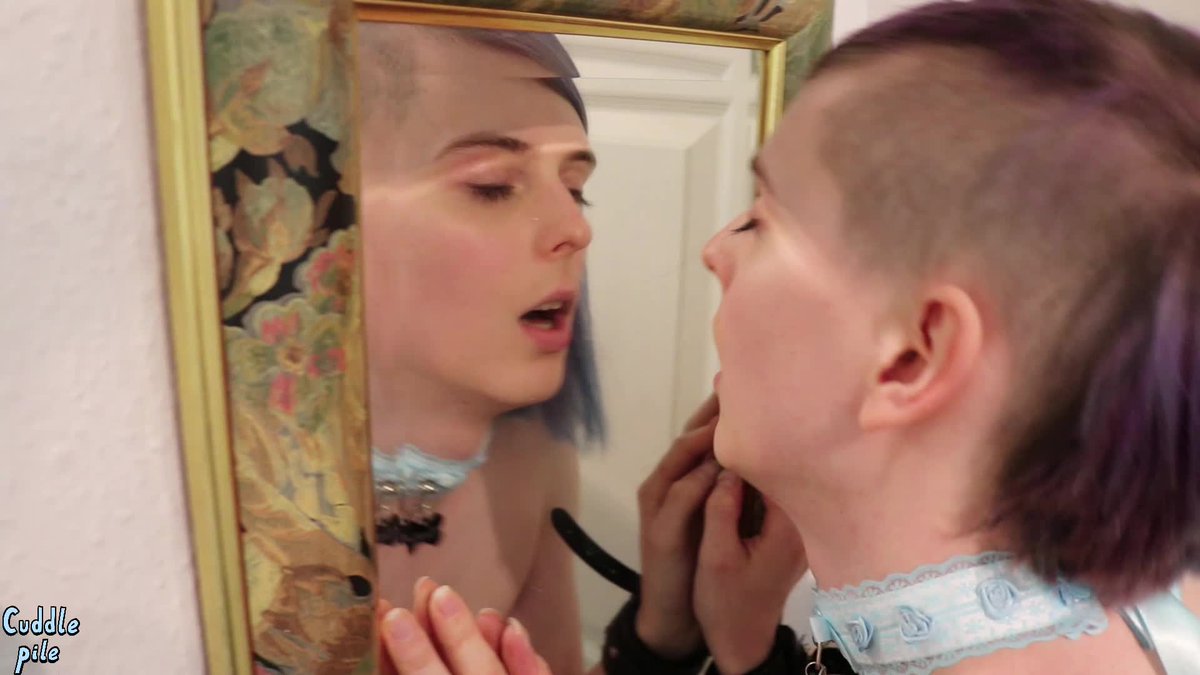 The first interview of the show though was with Blath, talking about their project Foxclore Films. Blath gives great radio, and we had a fantastic chat about authenticity, fantasy, and the constraints of creating porn in an artistic and cinematic way. Blath talked about the way that their shooting style aims to communicate their artistic vision, and express the taste and atmosphere of sex. It requires a certain amount of planning and artifice to create the beautiful lighting and shots that generate an emotional mood, which means that the sex itself is often not as immersive or authentic as sex in real life. And yet, despite the sex being less spontaneous on set, the resulting films are much more true to life; they capture the feelings and the moments of sexual intimacy much more expressively, and arguably authentically, than just pointing a camera and recording everything that physically happens. 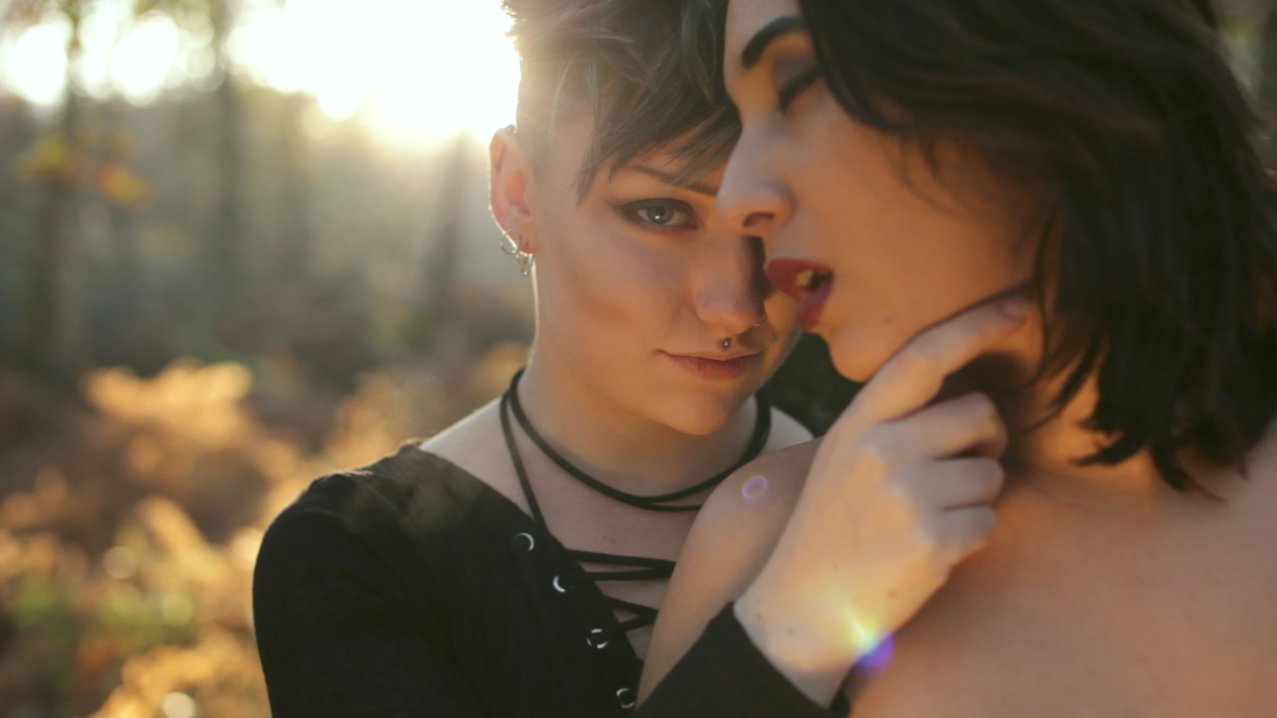 It was a bit of a dive into the deep end for me in terms of radio presenting when I did my little opening spiel. I haven't listened to it yet so I'm not sure how it fared in the edited version of the show, but during the live broadcast it didn't quite come out the way I expected. I'd written myself some notes on the train, and when I got there I realised that my handwriting was rather scrappy and I was worried about not being able to read it, and freezing up when I got in front of the mic. So I typed up a script, and I was going to read it off my laptop screen.

Unfortunately when we were live the microphones were so sensitive that I couldn't scroll down on my laptop without the clicky computer sounds being really audible. And the computer was in the wrong place for me to continue to speak while I was doing this, so I had to move out of reach of the mic. Every time I got to the end of the screen (and I'd set the font large for readability, so this was often) there was an awkward pause while I scrolled down. I ended up skipping it and trying to do it from memory, but the result was less smooth than I wanted. The Radio Ava host told me afterwards that natural speech sounds better than reading a script, which was probably a hint! So I've learned my lesson: next time I'll talk off the cuff - perhaps with a printed-out page of notes containing any relevant information, but definitely not relying on a laptop screen.

I'd scheduled myself another talky bit later in the show, which I was planning to ad lib, but in the end I just ended up using the time to extend the interviews instead, because that felt more natural - and interesting. 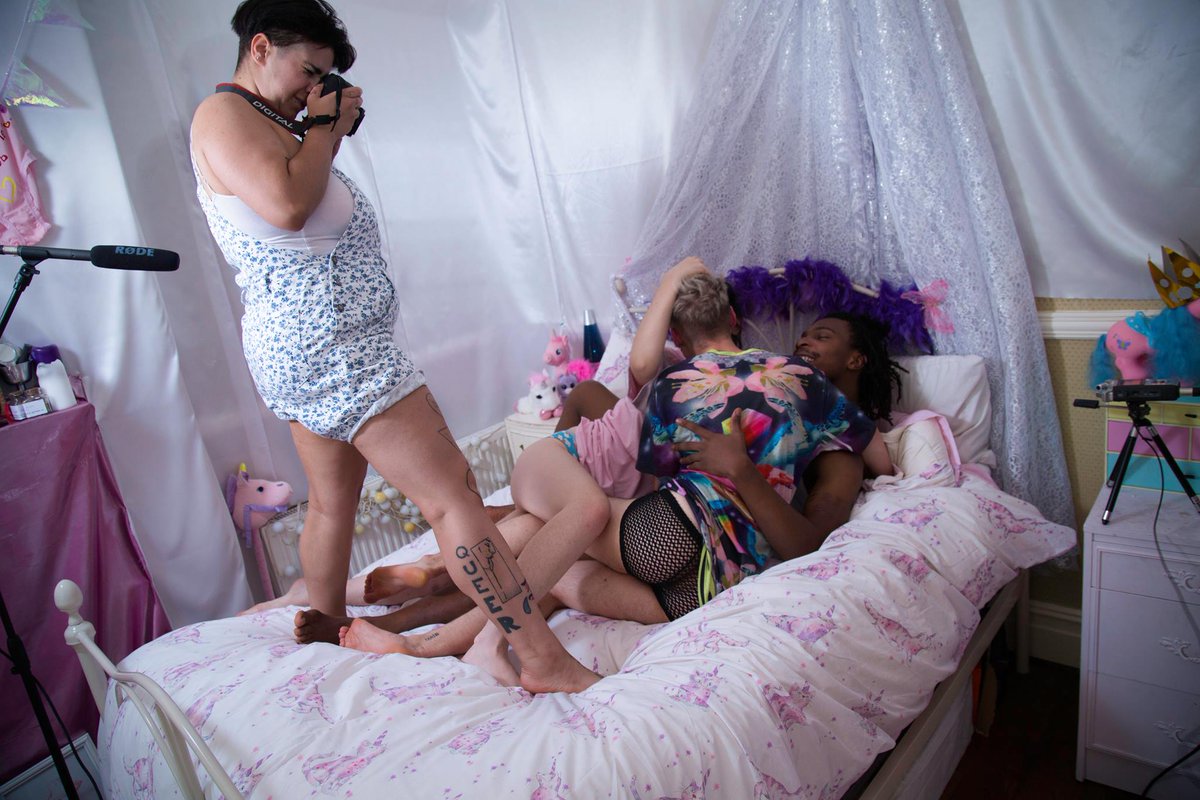 I am eager to join the collective myself and hoping I can arrange to shoot with them - I really, really dig what they're doing, and they are hot stuff!

Afterwards I hung out with Dion and DiscoTitts while Laura from the English Collective of Prostitutes presented a show on the harsh realities of police raids and criminalisation for sex workers on the streets in England - the less fun and glamorous side of sex work politics, a matter of survival for many. Write to your MP to urge them to support the Home Affairs Select Committee's recommendations on prostitution.

I loved spending time with my sex worker family, feeling so much community and solidarity. I wish I could do this every month. I must admit producing this show took a lot of time, preparation and energy so I'm not sure if I can do it regularly, but I really love the format and the medium, and I would love to produce some more radio. Maybe independently as an occasional podcast, and maybe on Radio AvA. We'll see how it goes.