Adult content redistributed on tube sites (often by a third party rather than the original creator) is usually given new headlines and scene descriptions, utilising very different language. Videos are often re-edited to be more concise, with contextualising dialogue and scene-setting removed. A scene which was originally published as an extended exploration of foreplay, intimacy and sensual affection, described with respectful, humanising language that emphasises the consent and mutual respect of the participants, might be pirated and uploaded to a tube site, cut down to a jerky sequence of out-of-context sexual acts, with the activities and participants described using sexist and offensive language. Moreover, videos on tube sites are redistributed outside the content in which they were originally published, without giving the viewer access to any behind the scenes videos, performer interviews and commentary that were available on the original site.

Why opt-in filters for "adult content" are misguided and dangerous 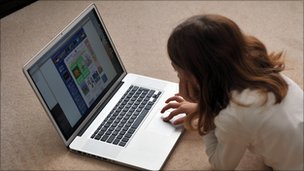 Last week, the government unveiled a deal with four of the UK's biggest internet service providers - BT, Sky, TalkTalk and Virgin, collectively comprising about 90% of the market - which will oblige new subscribers to "opt in" if they want to view web content which has been categorised as sexually explicit.

I wrote about this in December last year when the Tory proposals were first publicised. This is part of a large-scale campaign against the so-called "sexualisation of children" which include such regressive proposals as Nadine Dorries' sexist plans for abstinence-based sexual education for teenage girls, and which collectively poses a significant threat to fans of sexual freedom, civil liberties and digital rights.