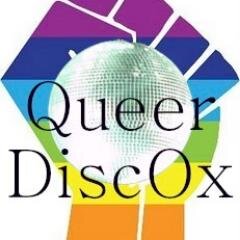 Today is International Celebrate Bisexuality Day! Ideally, I would celebrate my bisexuality by having kinky sex with a small selection of my favourite bisexual boys, girls and people inbetween, but I'm going out drinking with a big selection of them instead. Which is almost as good.

I first identified as bisexual when I was thirteen, nearly half my life ago. For the two years before that I was very confused: I knew I was utterly smitten with my female best friend, but I also knew, in a naive pubescent way, that there was no reason I might not choose a man as my life partner some day if I met the right guy. Then I discovered the concept of bisexuality (possibly on the Internet, but probably in one of the erotic books for women that my mum failed to successfully hide from me) and everything made much more sense.

When my relationship with my best friend developed into a sexual one, I became swept up in the full flush of first love. Clearly, my love and I were fated to be together forever. Clearly, therefore, I must be gay. I believed this until I entered the sixth form, at which point all the mean, spotty boys I knew started growing into tall, handsome young men. I realised I'd been bisexual all along, I just hadn't ever fancied teenage boys. Which is, you know, fair enough.

Peter from Bi Social News has written an excellent article asking: what is it that bisexuals have to celebrate? He answers his own question:

Bisexuality is an invitation to complexity. There is no coloring in between the lines with bisexuality because there are no lines to color in between. The world is open to us. What matters here then is defining an ethical code of our own. In other words, an invitation to complexity is an imperative to critical thinking and making reasoned choices. ... Bisexuality exists as both potential and realization always, especially if you are monogamous.

Being bisexual is emotionally intense and intellectually demanding, because it requires constant engagement and evaluation as part of the package. When we bisexuals live up to the challenge, we show healthy models for human relations and thats what we should be aiming for.

Today is necessary, not just as a love-fest for those of us similarly inclined, but to challenge the many problems our culture has with bisexual invisibility and prejudice. The LGBT movement has gained increasing force in the last few decades, but too often bisexuals are excluded from the language of LGBT rights, or shunned by individuals trying to reinforce their black-and-white view of the world. While the entertainment industry has started to admit the existence of real gay men and women, bisexual characters are almost never recognised in films and TV. Bisexuality is rarely mentioned in politics or public conversations about LGBT rights. Our culture has very few models for healthy bisexuality, and (perhaps as a result) stereotypes and prejudice abound. We are accused of indecision ('staying on the fence'; 'not making up your mind'), greed ('wanting our cake and eating it'), disloyalty, betrayal and lack of solidarity. We are told we lack self-awareness and emotional maturity ('you'll grow out of it'; 'you're just going through a phase'). Too often, our identity is denied and erased from public perception.

I'm preaching to the choir here: the kink scene is unusually aware and accepting of the range of human sexuality, and I'm sure you all already know this stuff. So I'll get off the soapbox, and finish up my mini-celebration of being queer with some bisexual spanking photos.

This is Leia-Ann Woods, Honey Hardy, Jadie Reece and Stephen Lewis all looking gorgeous in Northern Spanking's recent high-definition film Girls' Night In, beautifully photographed by Billy. The ladies are having fun enjoying each other when Leia's hubby walks in, catching them in the act of admiring and appreciating one another's bottoms. Well, what do you expect the man to do? Spank them, of course!

Happy International Celebrate Bisexuality Day, everyone. To all my fellow queers, I hope you have heaps of fun celebrating your sexuality in whatever way you prefer. Here's to embracing the power of 'and'. :)